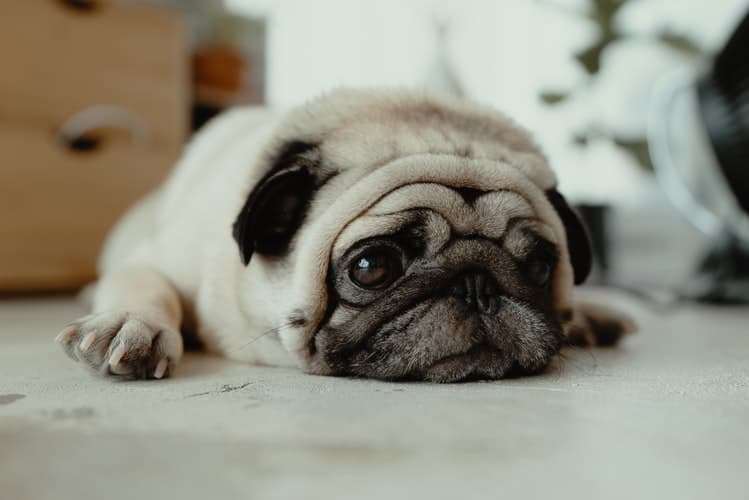 If you buy something through a link in our posts, we may get a small share of the sale.

Is Boston Terrier a pug because they somehow look similar? In this article, we’re going to compare the similarities and differences between a Boston Terrier and a pug, so we could see how they relate to each other and what makes them unique.

Is Boston Terrier a Pug?

A Boston Terrier is not a pug. Despite resemblance in appearance and temperament, Boston Terriers and pugs are not related because of their differences in ancestry and breeding environments.

Similarities Between the Boston Terrier and Pug

While Boston Terriers and pugs share these traits and features, that doesn’t mean a Boston Terrier is a pug, nor is it related to a pug.

Differences Between the Boston Terrier and a Pug

While these two breeds are small, they are a bit different in actual measurements. On the plus side, their generally small stature makes them both ideal for apartment dwellers.

Even with similar facial characteristics, checking other body features allow us to determine whether a dog is a Boston Terrier or a pug.

Food consumption is another thing that lets us differentiate a Terrier from a pug. A pug is highly prone to becoming overweight because of its food requirements and low exercise tolerance. A Terrier may also suffer from obesity unless we monitor its calorie intake and ensure frequent exercise.

Most breeds share the same grooming routines, such as regular baths, tooth brushing, ear cleaning, and nail trimming. While Terriers and pugs both have short coats, they differ in brushing requirements.

There was a 69% rise in Brachycephalic Obstructive Airway Syndrome based on a surge in brachycephalic dog surgery claims between 2013 and 2017. However, pugs and Boston Terriers can enjoy relatively long lives, as long as we nurture them in the best way we can.

Now, we can say that a Boston Terrier has a connection to pugs if we’re pertaining to a bugg, which is a mixed breed of the two.

The appearance can be quite unpredictable, as it can either lean more toward a pug or Terrier. It may combine the colors black, white, and brown. Since both parents are compact breeds, you can expect the bugg to have a small body.

The bugg combines a pug’s mischief and charm with a Boston Terrier’s friendliness and intelligence. Overall, a bugg is a great family companion because of its loveable and cheerful disposition. The dog is also good with children and requires little to no exercise.

Both the Boston Terrier and pug are brachycephalic dogs, which means a bugg can inherit the condition and the breathing problems that come with it. Still, a bugg can live from 10 to 13 years as long as we do regular checkups and provide the best care.

Is a Boston Terrier More Popular Than a Pug?

While both breeds are excellent companion dogs, a recent ranking shows that Boston Terriers are more popular than pugs. Boston Terriers snagged the 21st spot in rankings, while pugs are a little behind at 28th place.

Do Pugs and Boston Terriers Get Along?

A Boston Terrier and pug usually get along well with humans and other pets. Whether you’re thinking about owning one or both of them, you will have a loving dog who wants to spend time with you.

Are Boston Terriers Healthier Than Pugs?

Boston Terriers are generally healthier dogs because pugs have more common health issues like epilepsy, staph infection, and hip dysplasia. However, terriers are still vulnerable to certain health problems. Thus, it’s essential that we check the health of both dogs to ensure we’re providing the right food, grooming, and attention.

A Boston Terrier is not a pug because of differences in size, body features, grooming needs, and lifespan. Despite some distinctions, these two breeds can become your favorites. Whichever breed you choose, you will have a devoted, affectionate, and loving furry companion by your side for years to come.

TerrierHub.com is a participant in the Amazon Services LLC Associates Program, an affiliate advertising program designed to provide a means for sites to earn advertising fees by advertising and linking to Amazon.com.