What Breed Is A Pit Bull Terrier?

Pit Bull Terriers are a mix of British bulldogs and terriers. This dog breed was developed in the 19th century to help protect homesteads and manage livestock in England. Originally, it was known as Bull and Terriers. It later became a participant in the bull-baiting sport, where it got the name Pit Bull Terrier.

That means the name Pit Bull is more of a unicorn, as there is no known dog breed called a Pit Bull. Unlike the Bull and Terriers, Pit Bull is a generic word referring to dogs of any breed that participated in the bull-baiting sport that involved the dog seizing tethered animals.

Typically, the name Pit Bull came from the word pit bull. In the bull-baiting sport, pit refers to the enclosed area where the bull is put for the dogs to seize, whether purebred or mixed breed dogs, dogs that participated in this sport acquired the name pit bull.

That means most dogs that bear the name pit bull don’t necessarily mean they are the initial Bull and Terriers. However, since the Bull and Terrier dog breed was energetic, brave, and territorial with strong hunting instincts, it was a common participant in the baiting sport.

As a result, the Bull and terrier dog breed was categorized as one of the Pitbull-type breeds, and the name changed to Pitbull Terrier. Since this categorization was not based on the uniqueness of the DNA signatures, it also included the following bully dogs of the terrier group.

These dogs are medium-sized, with a standing height of around 17 to 19 inches, and weigh around 40 to 70 pounds. This breed was developed in the United States and accepted by the American Kennel Club in 1936 by its original name, Staffordshire Terrier.

This dog is known to be a family dog, thanks to its loyal, affectionate, and loving personality towards its family members. However, their strong territorial instincts make them unfriendly and aggressive toward intruders, making them great watchdogs.

However, this breed is not yet recognized as a purebred dog by the American Kennel Club and the Kennel Club. This dog has a compact, muscular body, with an adult American Bully having a standing height of 16 to 20 inches and weighing around 30 to 55 pounds.

Staffordshire bull terriers are people-loving, courageous, and tough enough to act as watchdogs and care for their families and properties. However, like the other bully breeds, Staffordshire Bull Terrier needs early socialization to prevent incidents of aggression.

Things You Should Know About The Pit Bull Terrier Breed

When you hear the word ‘bull,’ you think about physique, robustness, energy, toughness, and agility. Pit Bull Terriers also possess the same qualities, even though they are not actual Pit Bulls. The genes of their parents make them have the following physical and behavioral characteristics.

This breed has a square head that looks solid and tough. In addition, these dogs have broad jaws over an athletic built body. It’s a short-haired dog with a thick, short, and shiny coat that is easy to groom and has an attractive appeal. The tail appears to be straight, and it tapers at the end.

The chest portion of this dog breed is quite strong and muscular, and the body narrows down towards the rear. You can expect the average height of a mature pit bull terrier to be around 18 inches to 22 inches.

The average adult weight for this dog breed is between 35 to 55 pounds. The weight of a puppy Pit Bull Terrier might be somewhere around 22 pounds. Keeping in mind that a Pit Bull Terrier can be a crossbreed, the weight can range up to 110 pounds depending on the parents.

In most cases, this results from inappropriate breeding or environmental conditions. It is therefore advisable to consult with vets periodically to prevent serious problems. Proper grooming is also essential to ensure the Pit Bull Terrier is free from disease-causing parasites.

Keeping in mind that the pitbull terrier has strong territorial instincts, it might not easily socialize with other pets. For instance, the dog might show instincts of dominance and will want to control other pets or even prevent them from feeding.

These dogs might even become aggressive against family members who provoke or challenge them. That means failure to socialize at an early age might pose even a training problem during adulthood. You can prevent this by adopting the following training methods for Pit Bull Terriers at an early age.

Even though they might seem aggressive from the outside, they are calm and loving from the inside. Pit Bull Terriers are emotionally responsive and intelligent, with the following behavioral and personality traits

Keeping in mind that these dogs were originally developed to help manage livestock in England, they are energetic and need intense exercises to burn calories. Failing to engage these dogs in regular exercise can cause a buildup of energy, boredom, and the development of destructive behaviors.

As you can tell from their involvement in baiting sports, these dogs are athletic and can run around in the backyard or scale small fences. You can tell the dog is developing destructive behaviors when it starts to scale or jump fences or dig its way out of it.

You can control this by taking the dog for long walks, jogging or hiking. You can also provide the dog with interactive toys to keep it busy and help it use up the excess energy. Regular exercise also helps to keep the dog physically fit, minimizing the chances of obesity and conditions such as diabetes and hypertension.

Is A Pit Bull Terrier Ideal For First-Time Dog Owners?

No, Pit Bull Terriers are not an ideal breed for first-time owners. It’s advisable to have some experience handling dogs before they can bring in a powerful, muscular, intelligent, and demanding dog home. You might also need to extensively learn about its personality traits and aggression levels to prevent incidents as a first-time dog owner.

What Is the Difference Between A Pit Bull Terrier And A Pit Bull?

Pit Bull is a different breed of dog, which is bred from Old English Bulldogs, while a Pit Bull Terrier is a mix of bulldog and terrier. Both of the breeds do possess similar strength, although they differ in some behavioral characteristics.

For example, Pit Bulls are more stubborn and somehow slightly more aggressive when challenged than Pit Bull Terriers. You can consider learning more about the difference between Pit Bull Terrier and Pit Bull and which one might suit your needs best before deciding on the one to adopt.

Pit bull terriers are considered to be members of the pitbull-type of dog breeds due to their participation in the baiting sport. However, the name pit bull was derived from the sport, and doesn’t stand for a specific breed, and they can be purebred or mixed breed dogs. 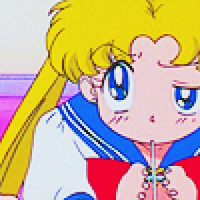