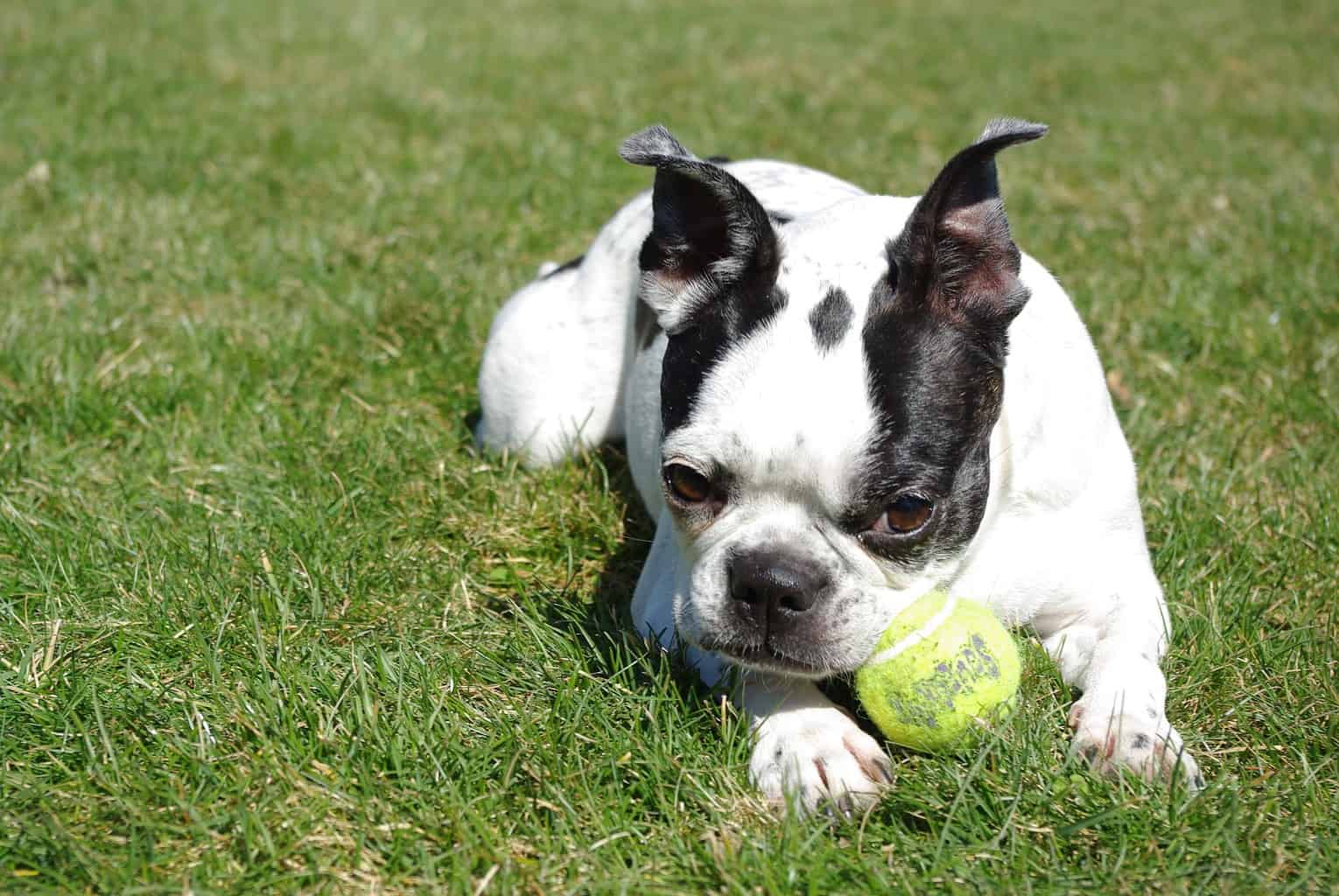 Perky ears are one of the first things you’ll notice in a Boston Terrier’s face, especially on adult ones. This makes you wonder: do Boston Terrier ears always stand up? Why and how Terrier ears stand up depend on several biological and environmental factors.

While Boston Terrier ears naturally stand up as they age, there are times when they tend to flop or bend backward. Even as you train the ears to stand up, certain psychological factors, human behaviors, and pet care can make a Terrier move its ears in several ways.

While most puppies come into this world with floppy ears, the ears eventually stand on their own. However, there are cases when the ears remain floppy or tend to change shape due to ear cartilage and muscles that dictate how the ears can stay upright.

The part we would immediately see is the pinna or the outer ear’s largest part that’s usually covered by skin or fur. The ears include vascularized layers of cartilaginous tissues with layers of skin covering either side. As a Terrier grows, the cartilage strengthens and lets the pinna stand up erect.

Observe where the ears set on the head. If the ears are higher on the head and closer together, the ears are more likely to stand most of the time. Meanwhile, dogs with broad ear gaps tend to have floppy ears.

Have you observed why some dogs react to their surroundings even without making a sound? Like humans, dogs have body language, and the ears are among the most expressive parts of a Boston Terrier’s body.

Understanding a few basic canine body language enables us to see why a Terrier’s ears can go from perky then floppy the next moment.

How Diet Can Make Ears Upright

While you may not remember it at first, your dog’s diet can also affect whether the ears would always stand up or not. If you have a Boston Terrier puppy, your pet will undergo the teething stage at around three to five months of age.

To improve skeletal development, puppies require 1.5% of their diet to be calcium. Lack of calcium at this time may prevent the ears from getting the necessary bone mass to develop properly. Thus, it’s essential to make puppies drink their mothers’ milk or use a substitute milk formula.

Aside from that, you can consult a veterinarian about age-appropriate calcium vitamins. You can also feed your pet raw food that contains cartilage, such as chicken bones.

We know how cute puppies are, especially with those ears we can’t stop touching. While petting is a great way to show affection for your dog, fondling the ears tend to break down cartilage. In effect, the ear cartilage becomes soft and pliable instead of firm.

Likewise, letting your Terrier play roughly with other pets can damage ear cartilage. For these reasons, make sure to supervise playtimes to prevent other pets from pulling or chewing your dog’s ear. Additionally, resist the urge to stroke the outer ear, just until the ears become strong enough to stand on their own.

Before we finish this article, we wanted to address some of the most common questions we receive that are related to this topic.

Can I Use Taping to Keep Boston Terrier Ears Standing All the Time?

Yes, you can use taping to keep Boston Terrier ears standing all the time, especially when you start the process as early as five weeks while the cartilage is soft and easier to mold. You can still tape the ears at around 16 weeks, although it may take longer for the ears to become erect or not all.

Can Cropping Make the Ears of Boston Terriers Upright?

Yes, although this process requires chopping off the ear’s outer portions to make it easier for the ears to erect. This elective surgery has risks, which is why taping is a safer and more humane way. Besides, trimming results in unnecessary pain and discomfort for dogs.

Do All Types of Boston Terriers Have Permanently Perky Ears?

This depends on the breed mixed with the Boston Terrier. If the other breed has a thick, heavy ear appearance, there are chances to pass this onto the offspring. As a result, that particular type of Boston Terrier won’t have erect ears.

While Boston Terrier ears typically stay perky, physical conditions and environmental factors can prevent the ears from always standing up. Learning such things allows you to know how to move forward with training the ears to remain upright, as well as caring for your dog.

TerrierHub.com is a participant in the Amazon Services LLC Associates Program, an affiliate advertising program designed to provide a means for sites to earn advertising fees by advertising and linking to Amazon.com.